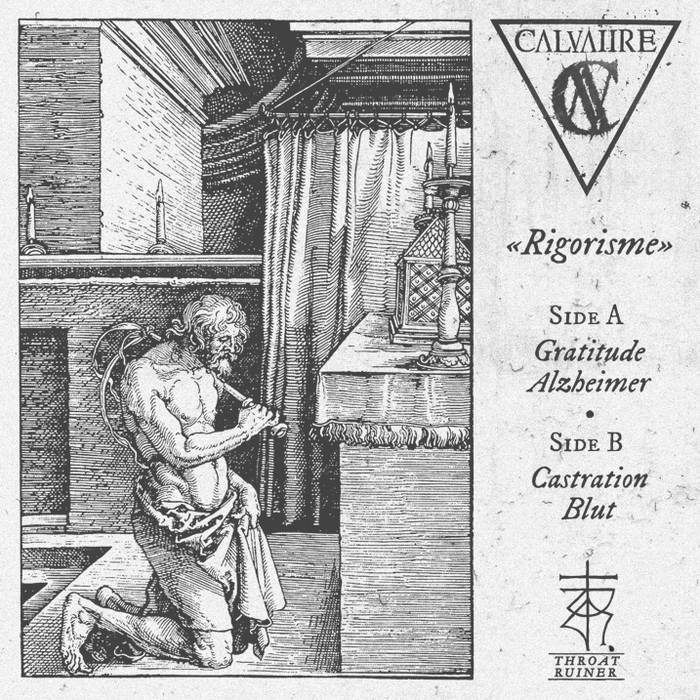 Initially released on tape in winter 2012, here's the reissue of CALVAIIRE's debut EP "Rigorisme", for the first time on vinyl and with a brand new cover art. Formed during summer 2011 in Laval, France, CALVAIIRE's aim has always been to inject a strong feeling of urgency into their abrasive form of hardcore. The four tracks of "Rigorisme" make no exception; captured by producer/sound engineer Amaury Sauvé during a rehearsal in january 2012, this EP defines the band's foundations : dark, suffocating, and always physical.