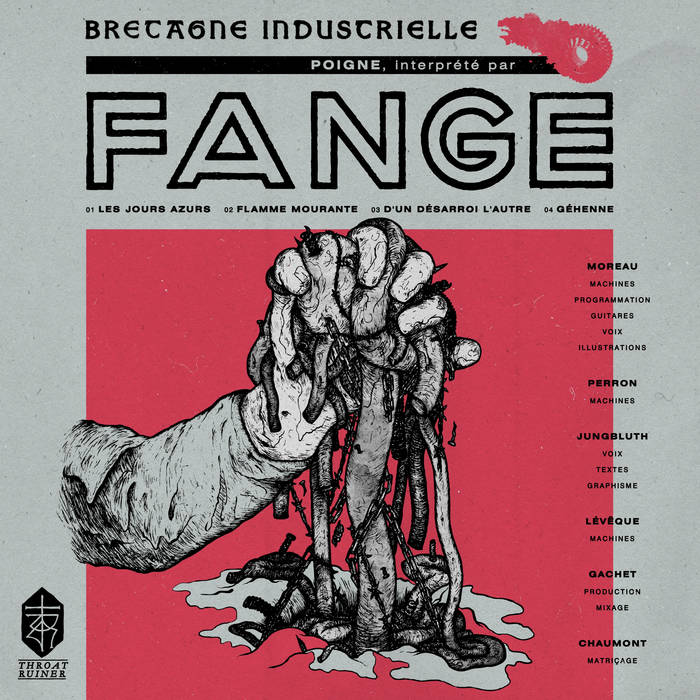 A mere few weeks after the release of their third album "Pudeur", FANGE twists the knife deeper with "Poigne", four new machine-driven tracks that push the envelope of their noisier, more industrial works. Fully written and recorded remotely by the band during spring 2020, "Poigne" fulfills their long-time desire to expand this facet of their sound on a full release. Produced and mixed by Cyrille Gachet (Verdun, Year Of No Light, Chaos Echoes) then mastered by Thibault Chaumont (Birds In Row, Mourir, Igorrr), this EP is another proof of FANGE's unbridled versatility, seeing the unavailability of recording studios as an opportunity to write hard-as-concrete material with minimal reliance on guitars.