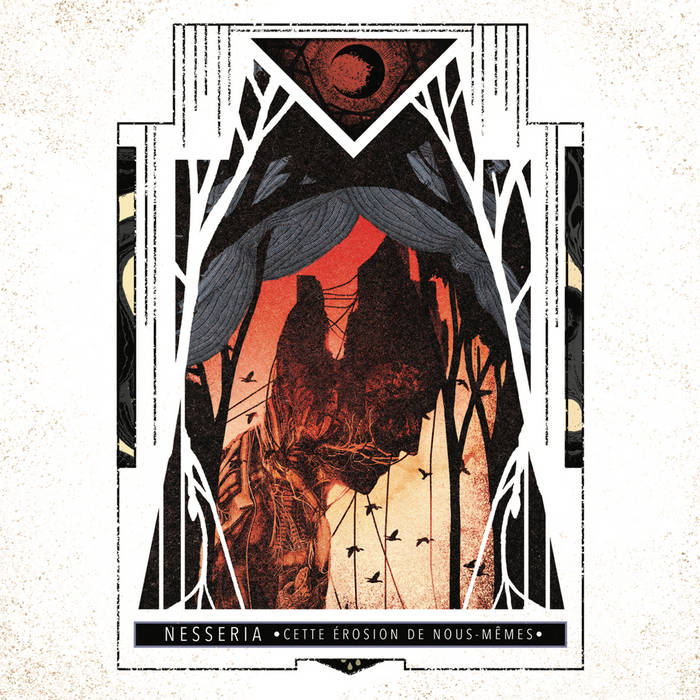 Orleans' NESSERIA have been one of France's most consistent power since their inception in 2003, perfecting their massive, grinding metallic hardcore over two full-lengths and several splits. For their third album the band went back to the same collaborators - "Cette Érosion De Nous-Mêmes" was recorded and mixed by Neb Xort at Drudenhaus Studio (Aluk Todolo, Anorexia Nervosa, Alcest…), mastered by Nick Zampiello (Converge, Gaza, Cave In…) and illustrated by Alex Eckman-Lawn (Maruta, Krieg, Hacride…) - but marks a departure from their previous body of work.

While their trademark steamrolling style is still there with grindcore and black metal-influenced tracks ("Forteresse", "Dans L'Ombre Et Sans Visage"), tracks such as "Les Ruines" or "À L'Usure" bring something new to the table, as "Cette Érosion De Nous-Mêmes" is the closest representation of the band's wide scope of influences (screamo, folk, shoegaze…). NESSERIA's sound brilliantly evolves by putting an emphasis on their more emotional, atmospheric side, without ever giving an inch on their abrasive tendencies.